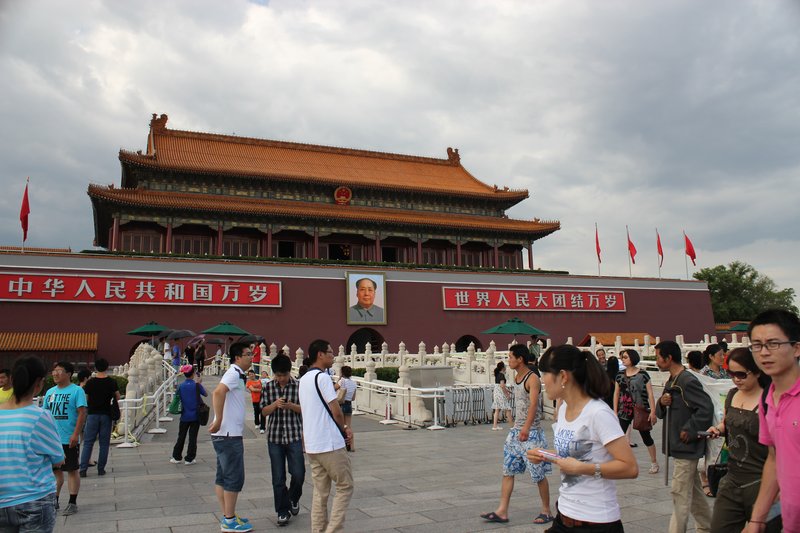 Instead of going back to our hotel after our day of touring we had the bus drop us by Tiananmen Square so we could explore the area. Mao’s huge portrait is one of the first things we saw as we got closer to the square. Once again, the grand scale of everything in China is impressive and a bit overwhelming. The building is so large that I had to cross the street by way of underground crossing in order to fit everything in a photo. That’s pretty large. 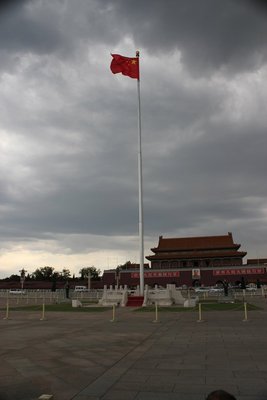 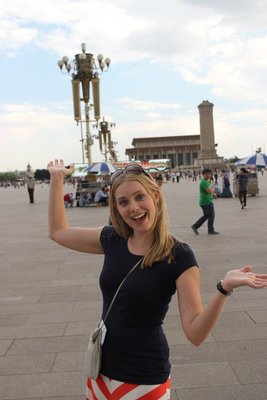 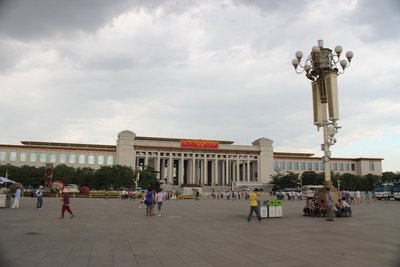 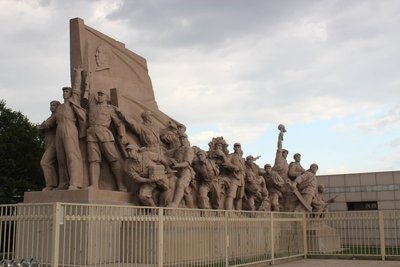 As we walked around the square area we noticed a lot of families and groups of friends just hanging out and socializing/playing. Some kids had their scooters or bikes and were zipping around. At the North end of the square was a huge Chinese flag guarded by several soldiers. A crowd was gathered in anticipation of the lowering of the flag. We didn’t stay to witness that as we chose to walk around and enjoy the cooler night air. Huge museums and official looking buildings surround the square. I was stopped a couple of times by mothers wanting to know if I would take a picture with their child. I happily obliged. Its nice feeling like a celebrity even if it is for no other reason than for my blond hair. 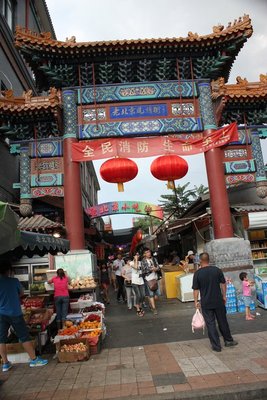 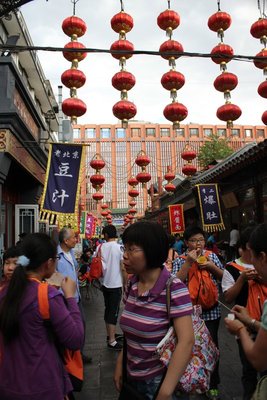 After we explored for a bit we walked to Wang fu Jia, a street full of food and shops. The market was full of people standing almost shoulder to shoulder and moving along slowly. 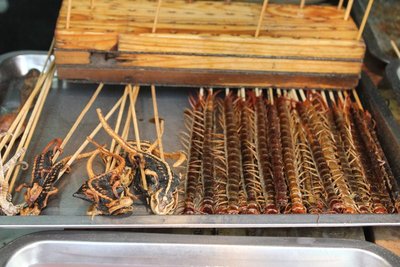 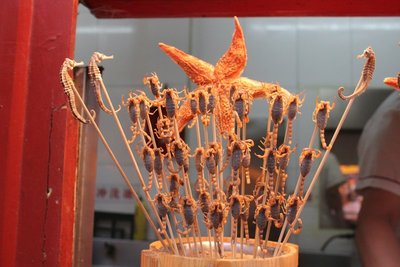 The stalls had fruit, snacks, and exotic things like scorpions on a stick, fried salamanders, and deep-fried tarantulas. I didn’t actually see anyone eating those foods, but they were interesting to see. Most people were munching on chicken satay and drinking yogurt or fruit drinks. The bustle of the market was exciting and the smells were at times delightful and at times gag-worthy.
We tried to hail a cab to take us back to the hotel as we were beat, but no one would pick us up. After trying for 10 minutes or so, a taxi driver approached us and tried negotiating an exorbitant rate to transport us. He backed off when a police motorcycle drove by but tried again after the policeman passed by. After experiencing similar interactions several times as we walked down the street, we decided to walk the 2 km back to the hotel. We found out the next day that the law is that taxi drivers are not allowed on the road where our hotel is located during the rush hour in order to lessen the traffic congestion. Aha! It all made sense after we learned that little tidbit. The taxi drivers wanted more to drop us off since they would be breaking the law. The walk ended up being a nice way to end the day and we were able to see more of Beijing up close.