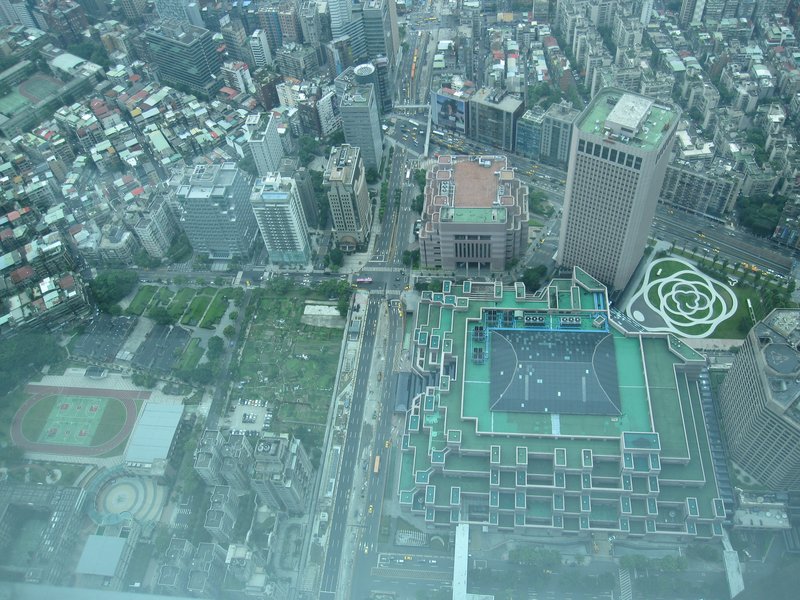 Taipei 101 used to be the tallest building in the world until Dubai built a building that is a little higher. The elevator to the top was a marvel on its own. It went from the 5th floor to the 89th floor observatory in 30 seconds and moved 1010m per minute. 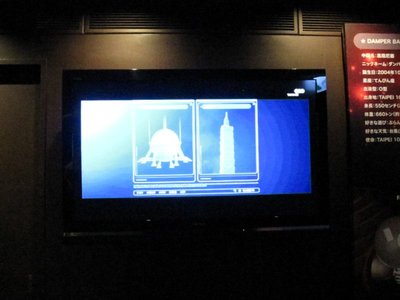 Display with pictures showing how the damper works.

The first five floors have restaurants that were filled and stores that were empty. Chanel, Hermes, Cartier and Louis Vuitton were just a few of the empty stores. All of the shops were very high end and the sales girls wore the most charming uniforms. They looked almost like flight attendants.
Dan’s sister, dad, Dan, and I paid the $15 to go up to the observation deck to see all of Taipei and to learn about how the building was constructed and all of the awards it has won. The person who designed the experience did a very nice job. We received phone like listening devices and listened to a recording at 15 different stops around the 89th floor. Dan was pleasantly surprised and enjoyed himself. The views were amazing. It was a little unsettling to lean against the window and look straight down. 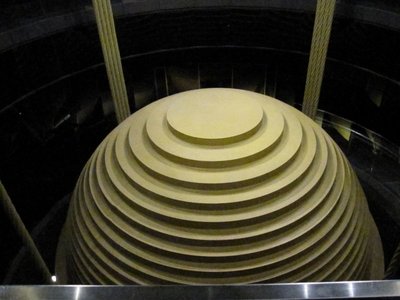 The building also has a large damper on display. The damper is what absorbs motion from the wind and from any possible earthquakes. The huge ball cost over 4 million dollars and is what makes the building so stable.