I think we've lost our minds. 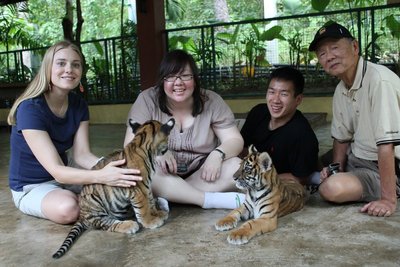 In Thailand, nothing is impossible. Want to ride an elephant? Ok. Want to play with monkeys? Ok. Want to pet a grown tiger? Sure. But why???? Dan’s sister, Julia, was born in the year of the Tiger and when she found out that in Chiang Mai you can actually interact with tigers, there was no stopping her! So we found ourselves at Tiger Kingdom staring through a wire fence at dozens of tigers of varying sizes. 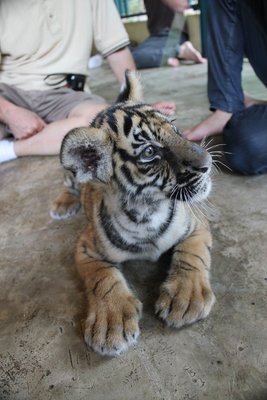 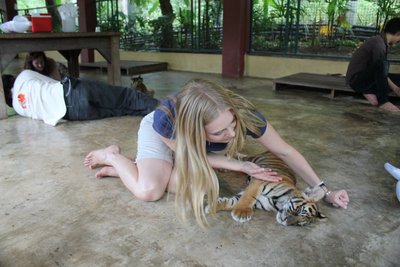 At the Kingdom, there were 3 experiences up for grabs. Small tiger, medium tiger, or large tiger. Any guess as to which I agreed to? The smallest tigers, of course! I was feeling brave, but not that brave! The baby tigers were 2 months old and were adorable. We were able to spend about 15 minutes with them ($40 US) and were able to touch them on the back and stomach. We were not allowed to touch their paws or face. One of the tigers was very playful and bit Julia’s toe through her sock. She yelped and said that their little teeth were very sharp. 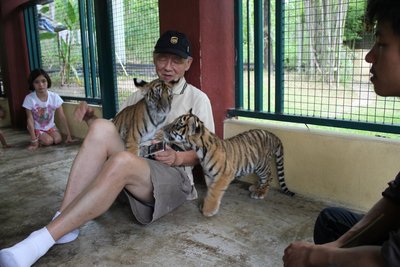 WE did not get in with the large tigers but many people did. I think they were a little bit crazy! One guy was leaning against a huge tiger and the handler said, "Hey tiger...you hungry? There's some yummy white meat behind you" and the tiger slowly turned and looked at the the guy leaning on him. That would have been enough for me to tear out of there! 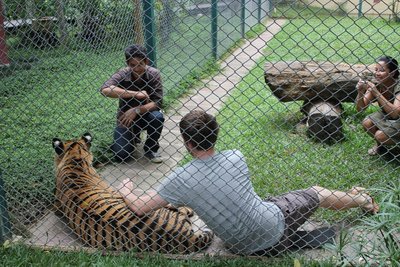 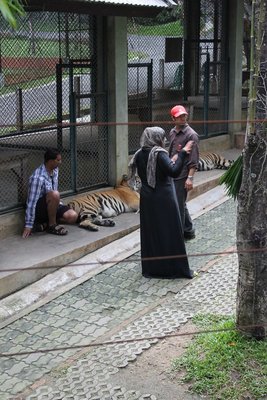 This was another place where I was in awe and appreciative of the opportunity to interact with the animal but felt a little guilty about the exploitation of the animal. They were a conservation camp, or were supposed to be, but I’m not sure that the Thai idea of conservation matches up with the U.S. idea. That being said...the tigers were pretty darn cool.