Flight of the Gibbons Zip Lining

Whereupon I face my fear of heights and fail miserably. 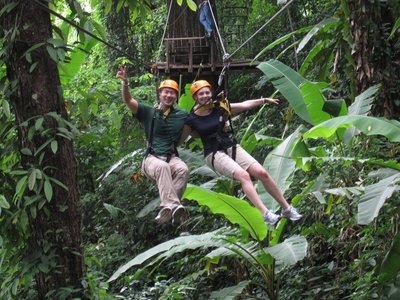 
I have no idea why I got it into my head that I HAD to do this. I was obsessed with the idea of zipping through the jungle and seeing gibbons. Dan had more sense and had to be talked into going. I worked on him for days until he finally relented. Yay! I had no idea what I was getting myself into. Not one bit. I suppose if it had just been zip lining, the day would have been awesome. It was more than just zip lining. There were bridges that were just like in every jungle movie you’ve ever seen. You know the type-- rickety, wide gaps, fatal drop between the gaps, looks like half the boards need replaced, swings as you move. They had several of those. 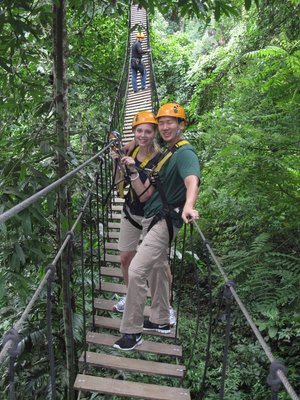 The experience also involved something called the “Spiderman Jump”. Basically, they move the cable from the front of your gear, where you can safely hold onto it, and move it to a hook on the back of your harness. At that point you are to take a running leap off of the 120ft high platform and jump onto a net across the jungle on another platform that is slightly lower than the platform on which you are now trembling and praying to god. Why did I want to do this again? Dan went first. He ran and leaped with a triumphant cry. Showoff. My turn. I look at the guide, Cash, and whisper “I can’t do this. I really, really can’t do this”. He asks if I want a push. Jerk. I muster any little bit of courage that I have left at this point and with a whimper, fall off the edge and make the slowest descent toward the net EVER. But I did it. It wasn’t pretty. 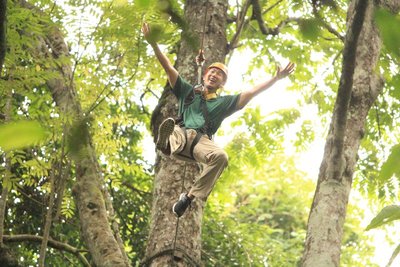 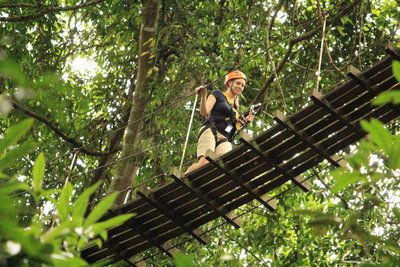 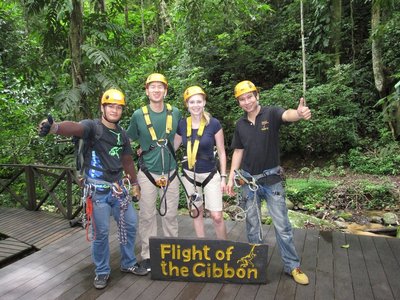 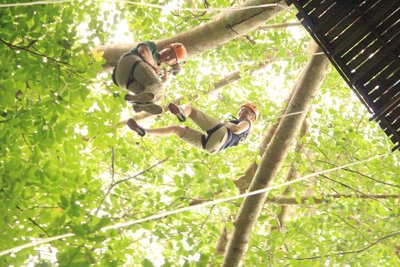