The Great Wall at Badaling

You've got to see this to believe it. 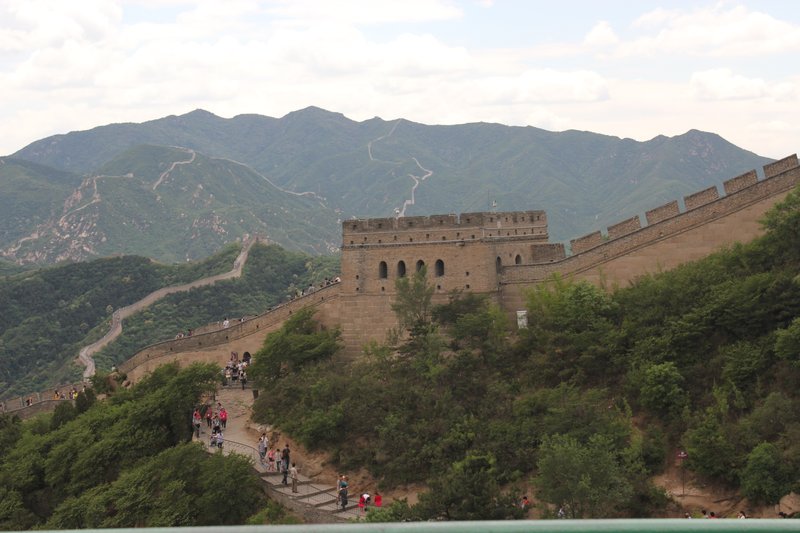 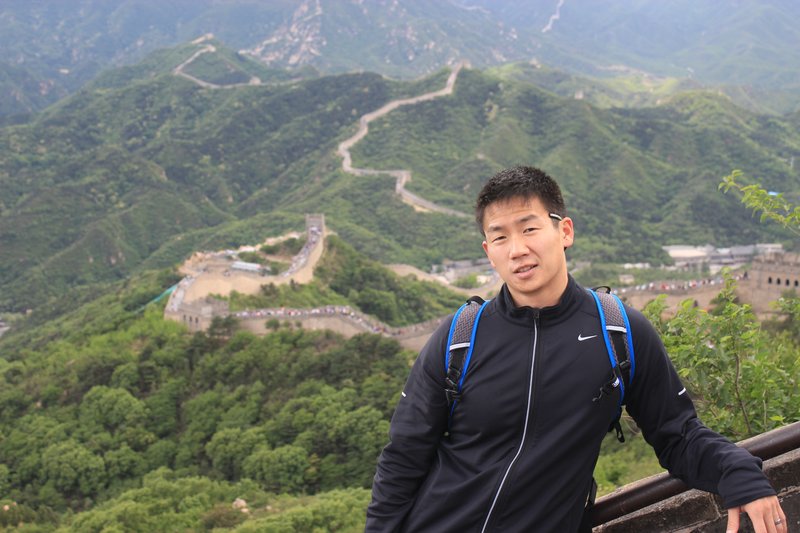 The bus ride to Badaling took about an hour and we took the time to take a short nap. I woke up after about 20 minutes and watched the scenery passing by the window. At places along the way we could see old parts of the wall that were crumbling away into the mountainside. There was one spot with a restored wall but we did not stop as the wall was just a small portion of the original wall rebuilt in just the last decade. We wanted the authentic experience of walking a distance on the wall.
When we finally reached the wall, we decided to take the gondola to the top of the mountain so that we could begin our walk pretty close to the highest point. Dan and I really wanted the high vantage point so that our pictures could capture the stretch of wall snaking over the mountains. The gondola was a little frightening. I’m so used to having someone to help me on and off of rides such as this. In China, no one is there to help you. You just jump in as the gondola slows down along the ramp area. We jumped in and held on as the gondola made its way up the mountainside. I was beginning to worry about the maintenance schedule for the transport when I saw a huge birds nest built in one of the ladder chutes used for workers to check the cables. It was huge and looked like it had been there awhile. I wonder when they last checked that particular supporting tower? 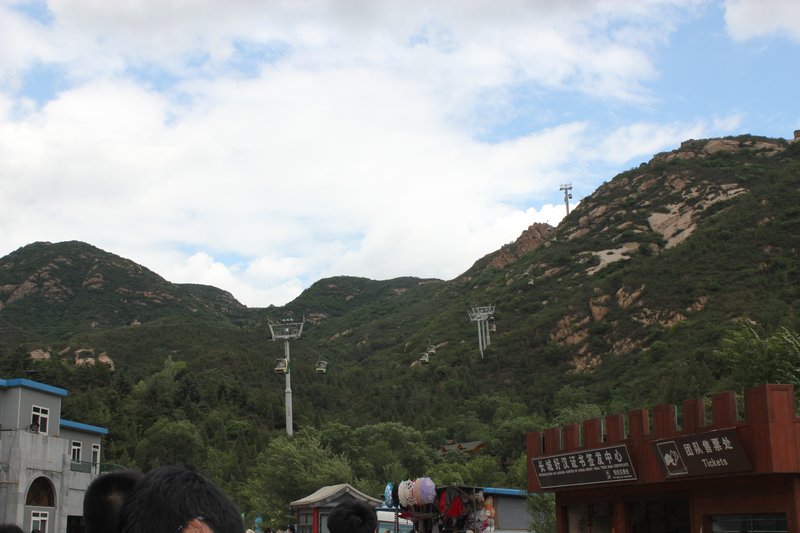 At the top we popped out of the gondola (without any assistance) and walked down a twisty ramp located within the mountain. When we reached the outside, the area was mobbed with people. Mobbed by US standards does not compare with the Chinese equivalent. I don’t think you can truly understand the amount of people unless you actually experience it for yourself. I was watching the people as much as I was experiencing being on the wall. And apparently, people were watching me, too. As I made my way up The Wall with Dan several people stopped me and asked if t hey could take a picture with me. I obliged even though it felt a bit strange. By the time I reached the top, I felt like a celebrity. The Australian in our group was asked to pose in a bunch of photos, too. He was both tall and blond.
The Wall itself is not a bit as I imagined it. I knew that it was twisty, but I did not imagine that the steps and inclines of the wall would be so steep. Some of the steps were as high as my knee. In parts it felt like I was doing lunges as I walked up. There was a rail provided for those who needed it and there were quite a few octogenarians walking with one hand on the rail and the other hand using their cane. I was shocked by how many elderly were making this very vigorous climb. According to our guide, if you were able to reach the top you were considered a “hero”. There were a lot of “heroes” on the wall that day. 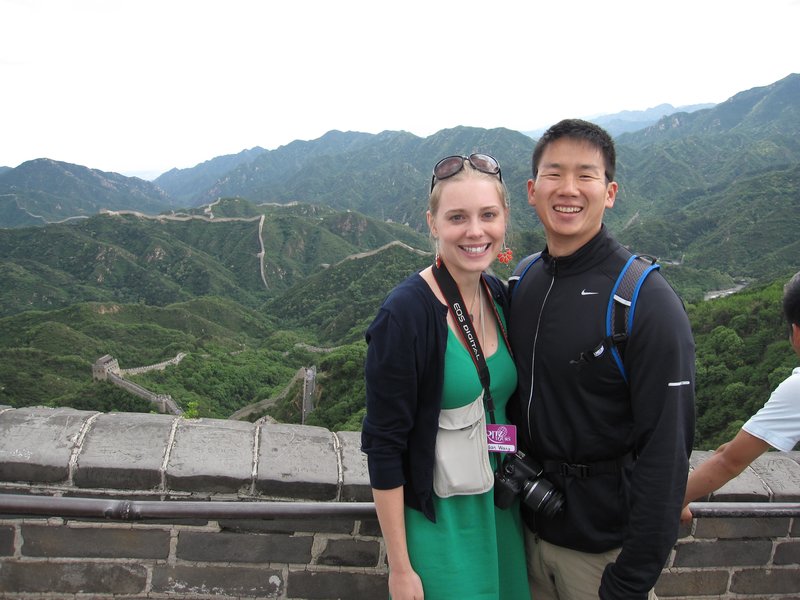 After we stood and took in the view for a bit we descended and took the gondola back down. At the base of the mountain was a little shopping village with knick-knacks and food. I bartered with a woman for some postcards (Vero- I will send one soon!) and just took in all of the people. There was a man with a camel charging for pictures of you riding the camel. While the camel was cute, there was no way I was jumping on that thing. They can be ornery. Another man dressed as a warrior and balanced on top of a ball. At first we thought he was a statue. He was a well-balanced individual indeed.