The Wangs storm the Forbidden City.

We woke bright and early and started the day with breakfast and a walk in the Japanese style garden at the hotel. A group of six older people practiced Tai Chi in the garden and it was very soothing to watch their movements. On the agenda for the day’s tour was a trip to the Forbidden City, a visit to a pearl factory, The Summer Palace, The Temple of Heaven and a teahouse. We were anxious to get going and were pleased that we had the same guide as the day before, Sally. 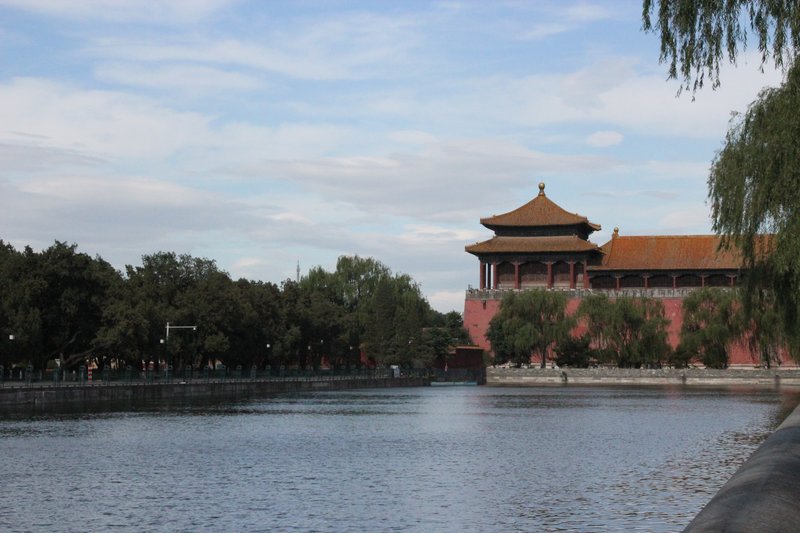 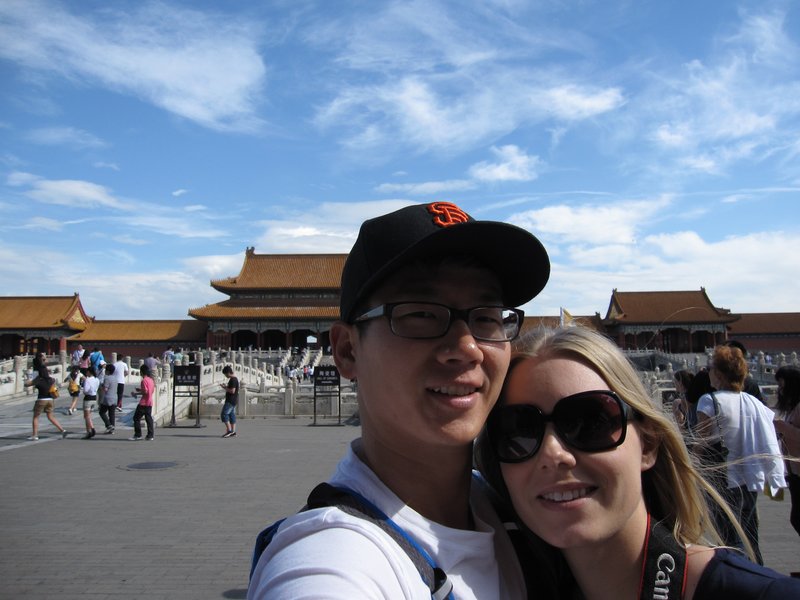 The Forbidden City is so named because for 500 years, no one other than the emperor and his family or officials were allowed inside the gates. Any uninvited guests were executed. The only males allowed in the city other than the emperor and his offspring were eunuchs. The emperor housed 16,000 concubines in the Eastern and Western palaces as well as his empress and all of their children. Each gate had a specific function. The South gate was for the emperor only. The only exception was when he married his empress. For that one time only, she was allowed and expected to enter through the South gate. The North gate was for the empress and concubines. The West gate was for officials and the royal family and the East gate was only used for the removal of the dead body of the emperor when the time came to dispose of his body. Inside the city there are no trees except for in a central imperial garden. The emperors were too worried about assassins and if there were tall trees in the city a person might be able to enter that way and kill the emperor.
Another worry in the city was fire. A thunderstorm could easily spark a fire. For that reason, 305 huge gold-coated copper vats were located all around the city. They were placed on top of a stone ring that had an opening to build a fire in the wintertime. The fire kept any ice from forming in the vats. 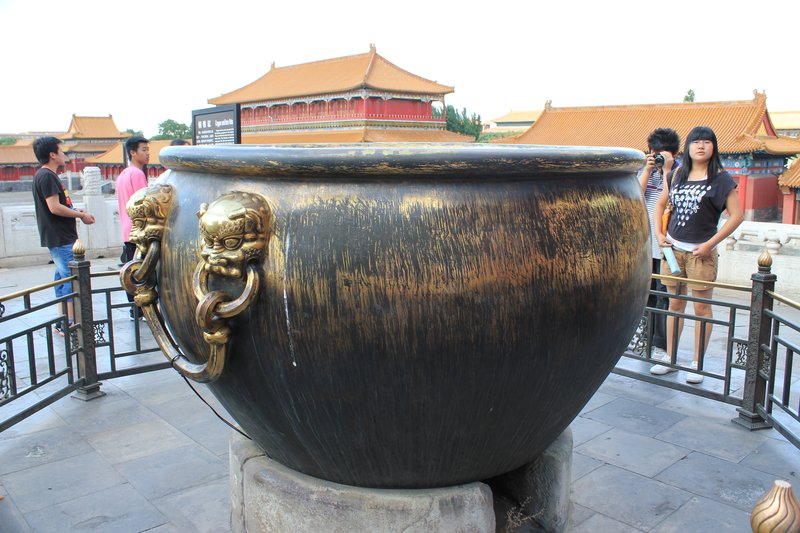 The city held 9,999 buildings. Why that number? Because the God of Heaven had 10,000 rooms and the emperor dare not compare himself to the God of Heaven (9,999 is pretty close, though). Only a handful of the buildings are open to the public today. The city is over 600 years old and portions were recently renovated in preparations for the 2008 Olympics in Beijing.
We were able to peek inside of about 10 palaces. All of the buildings were called palaces or halls. The interiors were in need of TLC, but the exteriors were vibrant and colorful. While the buildings themselves were beautiful and historic, the main impression of the Forbidden City was the sheer size of it all. It is huge. The main courtyard area in front of the Hall of Supreme Harmony can hold upwards of 100,000 people. That’s all of the fans in Beaver Stadium, folks. 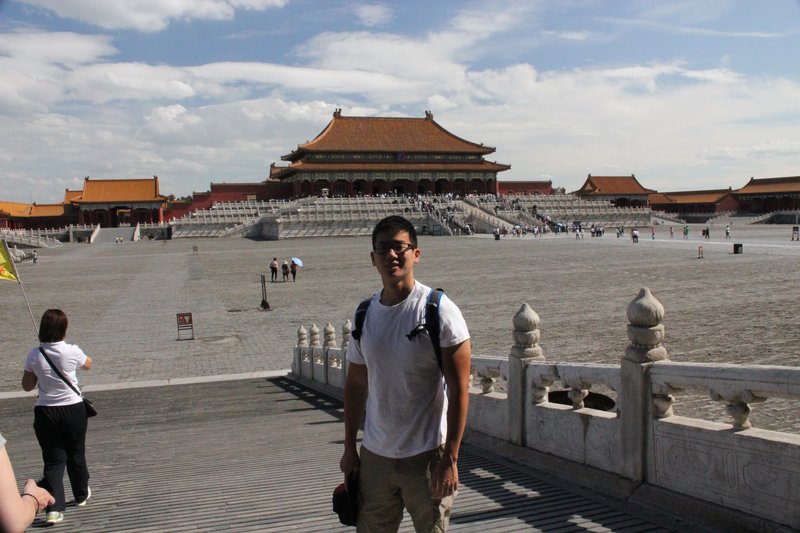 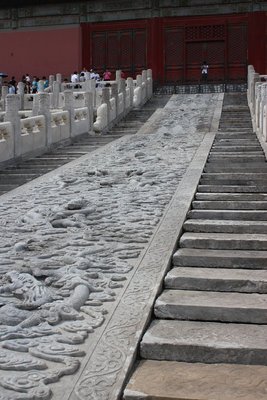 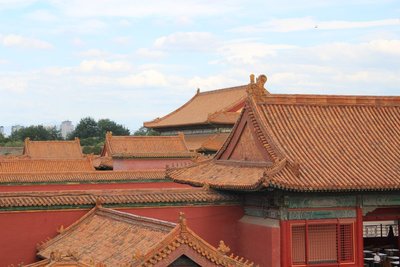 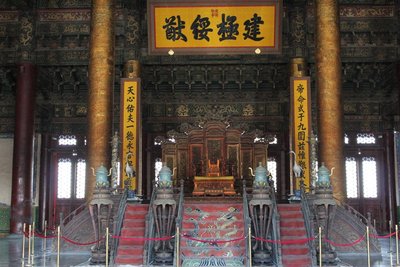