I have some catching up to do as we have not had any access to internet while in Beijing. (Through our choice- it is available at the hotel, but is a bit expensive per day and we have not been in the room enough to justify the purchase) Here is a look at what has been experienced so far.

Tuesday June 12 and Wednesday June 13: We arrived at SFO with plenty of time to check in and go through security and it was a good thing that we allowed ourselves three hours for the process as the computers for EVA Air were down and they were doing everything by hand. The line was a sight to see. People were flying back to Taipei with boxes of purchases, the process for each family took about 8 minutes, and the line was about 100 yards long. To top it all off, only 2 lines were open to service all of these people. Yikes!

We were standing at the end of this massive line when a ticket agent came by and saw that we did not have any bags to check. He told us to go to the front of the line and just check in. Yay for packing light! So instead of waiting in that line for hours, we checked in and were on our way in about 15 minutes.
The flight was 13 hours and the time went by very quickly. Dan and I watched movies, slept, and ate. The flight attendants just kept feeding everyone. Having dinner at 2:30 in the morning was a bit strange, though. The flight attendants were very charming and spoke several languages. As we entered the plane, they were greeting guests in different languages. Dan got a “Ni hao!” and I got a “Hello!” Any time they were serving us food or drink, they spoke to Dan in Mandarin and to me in English. I am going to make it a goal to learn more Mandarin so that the next time we travel to Asia, I can converse in Mandarin, too.
We landed in Taipei around 6:00am and my first view of Taipei was a bit disappointing. It was very hazy and overcast. I’m hoping that the weather is a bit clearer when we stay in Taiwan after our sightseeing in China. The airport, however, was a delight. The place was so clean that it sparkled. The floors, the walls, the ceiling, the windows…all sparkly! I have no idea how they keep such a heavily used space so darn clean. We had fun wandering around the shops and looking at all of the snacks, toys, and products. It’s fun to see American products in their packaging for Asian markets. (And to see new products and wonder just what I am looking at!) 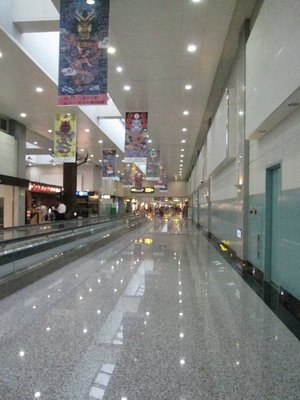 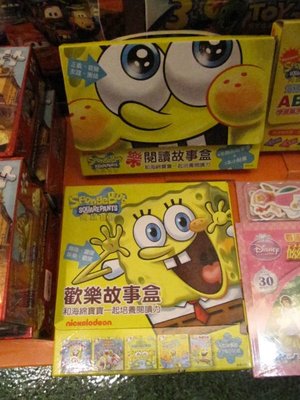 The flight to Beijing was short in comparison to our flight to Taipei, around 4 hours. When we landed, a guide was waiting for us to take us to our hotel and answer any initial questions. If you arrange a tour in China, the guide is a government employee. I guess all employees are technically government employees since China is communist, but there are no private sector guides. They are all provided and trained by the government. Scott, our guide, was a really funny guy with a self-deprecating sense of humor. We enjoyed our ride to the hotel and he provided us with some tips and suggestions. He told us that people might want to practice their English with us, but that Dan probably wouldn’t be approached because he has “a Chinese face”. He would be able to blend in a bit more. (Which turned out to not be so true…ABCs (American Born Chinese) stand out. People could just tell by the way Dan dressed and walked that he was not Mainland Chinese). I stuck out quite a bit and I will have stories about that later.
When we arrived at the hotel, we registered our passports and checked out our room. The room was very small and had 2 double beds. We decided to upgrade to a room with a king sized bed and wow what a difference! The original room was very plain and basic. The upgraded room had gadgets and switches for everything and outlets that fit our American electronics. The room key had to be entered into a receptacle by the front door for the power to work. The room also had pretty nice city views. On the first day we couldn’t see much because the pollution was so heavy. The sky looked an ominous brownish yellow. My initial thought was that we would have to buy and wear masks so that we didn’t breath in all of that pollution.
We thought that we would have energy to do a little city exploration after a little nap. The little nap turned into a 7 hour sleep. We woke up, ordered dinner, and went back to sleep for another 7 hours. I guess we were pretty shattered after travelling so long. The good news was that we skipped jet lag due to our marathon sleep session.