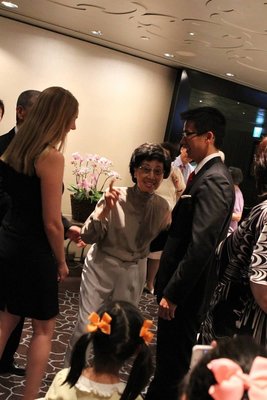 The entire reason that we are in Asia for as long as we are is due to the fact that Dan’s grandma turned 90 on June 25. Originally, we were just going to go to Taiwan, but Dan’s sabbatical, my summer vacation, and the stars aligned so that we were able to extend the trip into China and Thailand. 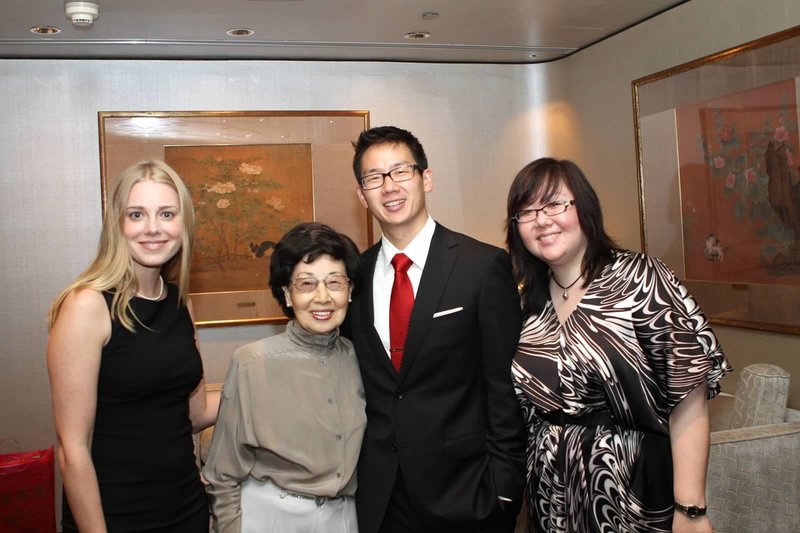 The party for his grandma was a 10 course Chinese dinner that lasted for over 4 hours and was full of family, friends, and tons of toasts. It was a complete surprise to his grandma and several family members flew in from around the world just for the occasion. We had a great time and it was so nice to see how surprised and happy Dan’s grandma was at the party.
Some of the dishes at the dinner were very traditional dishes. I tried a bite of everything just to see what pork tendon, pig knuckle, and abalone tasted like. (There were other less exciting dishes, too).